Accompanied by our well-worn A-Z of London, after 5 years we were back in town.

Arriving back in Australia in mid-1974 after two years living and working in England, Dinah and I had said to each other “We’ll be back.” Five years later, in March 1979 we arrived back in London to prepare for a three-month ‘grand tour’ of Europe. Or, as grand as it could be in a rented Bedford camper van! Returning to London from Europe, we concluded our four months overseas touring England and Scotland.

Stepping off the plane at Heathrow on 7 March, it felt a little like coming home. Our friend from the early 1970’s, Roger Marsh was there to meet us at the airport. He had kindly offered to let us stay with he and his wife Jo in their new home in Stanmore on the outskirts of London. We had become great friends with Roger during our previous two years in London, and with close Aussie friends Kim and John Varney, had become inseparable and avid ten-pin bowlers. It was great to catch up again.

Early March is still pretty wintery in England and as we drove out of London into the countryside, the fields were covered in snow. This was the first snow we had seen since leaving England in 1974. Roger and Jo lived in Stanmore on the outskirts of London. They had bought a semi-detached house backing onto green fields in a quiet cul-de-sac and were busy renovating it. Stanmore is a great place to live. Just far enough away from the hustle and bustle (and expense) of London, yet a little over 30 minutes by tube on the Bakerloo Line to the West End. Country living within reach of one of the most dynamic and exciting cities in the world.

Jo was lovely and very welcoming, and we quickly became friends. Our plan was to stay with Roger and Jo for about a week, giving us time to settle in after a long journey as well as organise and provision a campervan for our tour of Europe. It also meant that we would be leaving London for the continent in time for the early start of the tourist travelling season in mid-March. The evening before we were due to leave London, it snowed. Not a good sign! Driving out of London early in the morning, we headed south east towards the English Channel coast where we had booked our passage with the campervan on the Hoverlloyd hovercraft to Calais in France. Operated by the Swedish shipping company Swedish Lloyd, the giant hovercraft operated from a purpose-built hoverport at Pegwell Bay near Ramsgate. These vessels had to be seen to be believed. They were massive, riding on a giant inflatable and deflatable cushion of air, crossing the English Channel in an amazing 22 minutes, with a full load of 254 passengers and 30 vehicles. Far quicker than the 60 to 90 minutes on the conventional Channel ferries.

What an amazing experience. In under an hour we were in France and driving through Calais. Our plan was to drive south through France to the port city of Marseille on the Cote d’Azur in Provence in southern France. From here, we would head east towards the French Rivera and into northern Italy, driving down through Italy to Rome. From Rome, north through Florence to Venice and then to northern Italy, Lake Como and into Switzerland to Interlaken. From here we would drive through the Swiss Alps into the small principality of Lichtenstein, then into Austria and to Salzburg.  Crossing the border we would travel through Germany to the Netherlands (Holland) to Amsterdam. The final European country on our grand tour would be Belgium where we would catch the ferry from Ostend back across the English Channel to Dover and then finally, to London. In all, about three months on the road through nine countries, dozens of historic European cities, hundreds of beautiful European villages and towns, some of the most picturesque countryside in the world, then back to London. In all, travelling over 5000 kilometres. Our ‘Grand Tour’ of Europe.

Time to rock and roll!

Main picture: Our A-Z open at our Kilburn home pages 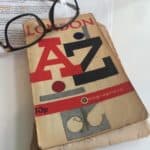 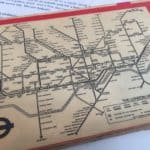 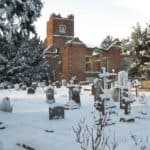 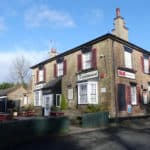 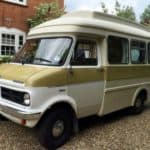 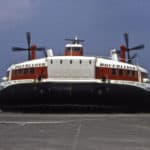 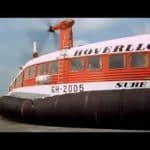 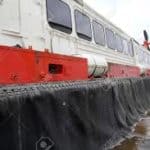