The Killing Fields of Cambodia

Those who can remember the more recent history of Cambodia will recall the infamous Democratic Kampuchea regime and it’s Khmer Rouge headed by Pol Pot in the 1970’s and the horror of the genocide program that saw over 3 million Cambodians; men, women, children and babies, murdered in over 300 ‘killing fields’ throughout Cambodia.

The largest of these killing fields, now the site of the Choeung Ek Genecide Centre, is located approximately 15 kms south of Phnom Penh. Tuol Svay High School sits on a dusty road just off the main highway from Phnom Penh. In 1976, the Khmer Rouge renamed the school S-21 and turned it into a torture, interrogation and execution centre. Of the 14,000 people known to have entered the site, only seven survived. Not only did the Khmer Rouge carefully transcribe the prisoners’ interrogations, they also carefully photographed the vast majority of the inmates and created an astonishing photographic archive. The best known monument to the killing fields is at the village of Choeung Ek and is now the site of a Buddhist memorial to the victims. The memorial park at Choeung Ek has been built around the mass graves of many thousands of victims, most of whom were executed after interrogation at the S-21 prison. Dozens of mass graves are visible above ground, many of which have yet to be excavated. Often bones and clothing of victims surface after heavy rain due to the large numbers of bodies still buried in shallow mass graves.

There are organised bus tours to the site, or you can organise a tuk tuk and the driver will take you there and wait while you explore the site. Negotiate a fair price. They can start at US$100, which is way too expensive. Half of this amount for two of you is more realistic for around a half day experience, including pick up and drop off at your hotel. It is about 30 minutes from Phnom Penh and on the way you get to experience the rabbit warren of streets and ancient architecture that characterise this city. Turning off the highway on to the dusty track that leads to Choeung Ek, you’ll pass through a number of Cambodian villages. A word of caution – if you are riding in an open tuk tuk, wear a face mask. The air is quite polluted.

Entry into the site and the Memorial Stupa that houses the bones of many thousands of murdered Cambodians is US$6 per person. Upon entering the site you are given a translation recorder that instructs you on what you are seeing as you move from location to location around the site. It is quite a harrowing experience. I won’t go into any more detail about Choeung Ek and this terrible period in Cambodian history, you can read up on this for yourself. Suffice to say that visiting this place of unspeakable misery and horror is incredibly moving and, in respect to all those who suffered there, something we all should do, if only to remind ourselves that in today’s world this can never be allowed to happen again.

An unexpected introduction to the Killing Fields and the Khmer Rouge.

About a month before we were due to depart for Phnom Penh I was flicking through Netflix and came across a movie title that intrigued me. Probably the most famous of the movies made about the killing fields was the 1984 drama/history movie “The Killing Fields”. While this was a very good Hollywood dramatisation, what I discovered on Netflix was much closer to reality. Directed by Angelina Jolie, “First They Killed My Father” is an incredibly chilling account of the events of the Khmer Rouge reign as seen through the eyes of one Cambodian family and specifically, their children. This movie provided me a unique insight into the events of this dark period in world history and made even more powerful and meaningful our subsequent visit to the Choeung Ek site. I would commend this movie to anyone interested in the events on the late 70’s in Cambodia, particularly if you are planning to visit the killing fields in Phnom Penh.

Check out tour operators before you decide which to go with. You’ll find that they vary in price and sometimes reliability considerably. Often the hotels will recommend a specific tour operator. Beware that they may be receiving a ‘kick-back’ or commission for their recommendation. While there is inherently nothing wrong with this, it is still best to shop around.

If you are visiting sites of interest (such as the Killing Fields in Cambodia), do your homework and read up on the sites before you visit them. Often this will provide context for what you are about to see and experience 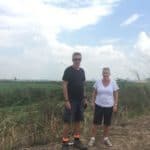 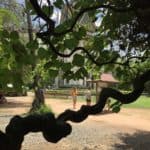 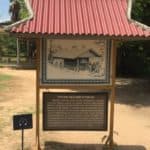 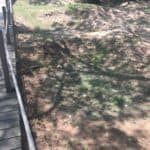 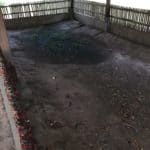 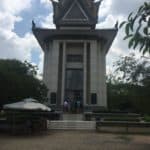 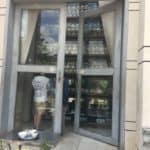 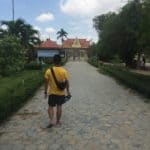