The Face. The Place.

One of Australia’s most iconic faces and most visited places. The Bundaberg Rum Distillery.

It has been a part of Australian culture since the First Fleet arrived in Australia in the 1780’s. Today, it is still one of Australia’s and the world’s favoured alcoholic drinks. Rum.

Rum arrived in Australia with the First Fleet in 1788. In a society where barter was the common form of trade, rum was the favoured currency. In those early days, rum was imported from the West Indies and, more commonly, from India. Jamaican rum was also highly prized, but most imports were Bengai Rum. From 1793 to 1810, successive governors of the new colony of New South Wales failed to control the excesses and corruption of the officers of the New South Wales Corps, and the corps became known as the Rum Corps.

A legend is born

As colonisation expanded, so did agriculture in the colony of New South Wales and north in the new colony of Queensland. In 1885, there were 166 sugar mills in Queensland. With the burgeoning sugar industry and with all the sugar cane growing for milling, a problem emerged. An oversupply of molasses, the by-product of sugar refining. A small town 371 kilometres north of Brisbane on the Burnett River, Bundaberg was producing 20% of sugar and molasses in Australia. As a result of this over-supply, on the 31 July 1888 local Bundaberg businessman Frederick Buss called a meeting to discuss the establishment of a distillery to utilise the huge supply of molasses that was literally going to waste every year. As a result of this meeting, 3 weeks later the Bundaberg Distilling Company was incorporated under the Queensland Companies Act and the rest, as they say, is history. Bundaberg Rum was born.

Today, no trip to Bundaberg is complete without a visit to and tour of the Bundaberg Rum Distillery to see, smell and taste the legend that is Bundy Rum.

More than anyone can bear

In the 1950’s, the business aspects of the Bundaberg Rum brand were linked to Sam McMahon, a gifted marketer and brother of future Australian Prime Minister, William McMahon. Sam McMahon was responsible for some of Bundy’s most iconic features, from the square bottle that has become synomonous with Bundaberg Rum to the polar bear that adorns each label and is the brand’s mascot. McMahon literally means “son of bear” in Irish. As a result, a bottle of Bundaberg Rum is often referred to a bottle of “square bear”.

A series of advertisements featuring the Bundaberg Rum bear, a polar bear known as Bundy R Bear was produced by advertising agency Leo Burnett in 1961 to align the product with a larrikin approach to Australian mateship and soften rum’s aggressive image and broaden its appeal from the traditional older male drinker to a more sociable younger audience. The advertisements have been cited as a favourite amongst Australia’s youth. Throughout the ensuing decades, Bundaberg Rum advertising and in particular, the popularisation of a life-size characterisation of the Bundy bear, has resulted in some of the most recognised and adored brand advertising in the country.

For Dinah and I as true Aussies, a tour of the Bundaberg Rum Distillery has long been on our bucket list. Our visit to the Bundaberg Rum Distillery started with a tour of the Visitor’s Centre where we were introduced to the history of Bundaberg Rum, from humble beginnings in the late 1800s to today. The centre is presented as a series of cut-away giant rum barrels, a gallery that takes visitors through the origins of rum in the new colonies via the First Fleet and the Rum Corps, the establishment of the sugar industry in Australia and specifically in the Bundaberg region, the formation of the Bundaberg Distilling Company, the growth in popularity of Bundaberg Rum in the 20th Century, due largely to innovative marketing, techniques for the extraction of the molasses from the raw sugar cane and the refining of the liquid into rum, then the packaging and promotion of the final product. The Centre features a theatrette where videos of the production process are shown, accompanied by commentary from Distillery employees as they talk about the myriad varieties of Bundaberg Rum and rum liqueur products available. The magnitude of the range is on display in the Visitor’s Centre where one entire wall features a massive array of Bundaberg Rum varieties. You might call it the “Great Wall of Bundy”!

As the videos show, Bundaberg as a city and district has had its fair share of challenges over the years, including severe droughts and flooding rains. However, it has proven to be a resilient community, with the Bundaberg Rum Distillery an integral part of the community. In 2011, severe flooding all-but decimated the town. The Bundaberg Rum Distillery company and specifically its dedicated staff, rallied to organise fund-raising events they called the ‘Watermark Program’ to support the locals. They even went so far to produce a special batch of Bundaberg ‘Watermark’ Rum with individual labels featuring the name of every flood-effected street in the city. Residents were presented with a bottle of Watermark Rum labelled with their street name, in honour of their stoic resilience. A unique collector’s item today!

150 metres of flat stretches and open pot-holed roads, steep climbs up rickety wooden stairs to molasses vats, sharp corners around 100-year old barrels, and breathtaking descents to tasting rooms. In all, 60 grueling minutes that is ‘Le Tour de Distillery’. Seriously, this is a really interesting tour. We were in a small group of just 18 visitors. COVID-19 has meant that the number of visitors in the distillery at one time is limited. The tour does take about 60 minutes and you see the massive molasses vats and visit the blending room where the various iterations of Bundaberg Rum are developed. The tour finishes in the aptly-named ‘Bear Garden’ where, included in the admission cost, you get to enjoy two shots of Bundaberg product – usually a rum and a rum liqueur.

Adjacent to the Bear Garden…you guessed it, the Bundaberg Rum retail store. Here, enthused by the whole Bundy story and fuelled by the two shots of rum you have just enjoyed, you get to spend real money buying Bundy products. Here you will discover every form of Bundaberg Rum available, including some varieties exclusive to the Distillery retail store. Plus, heaps of Bundy merchandise – t-shirts, caps, glasses with the Bundy logo, and my personal favourite, a white furry Bundaberg Rum stubby holder, replicating Bundy R Bear’s white furry coat. Unfortunately, Dinah prohibited me from buying one of these – something to do with us maintaining a certain sophisticated style when we entertain at home! 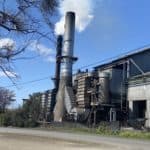 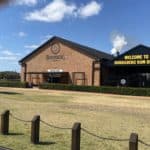 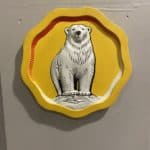 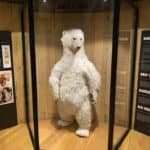 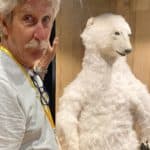 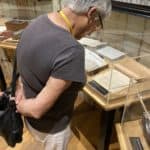 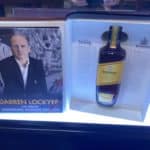 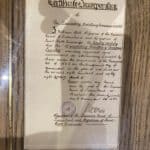 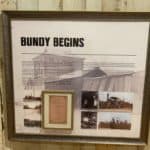 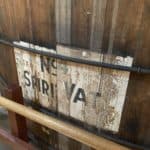 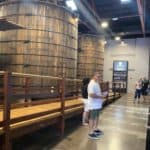 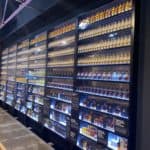 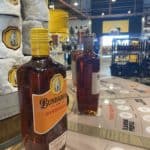 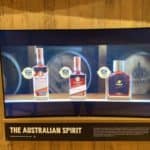 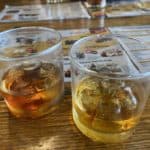