Sydney Harbour Ferries criss-cross the most beautiful harbour in the world.

Sydney is Australia’s world city. With a population of over 5 million people reflecting myriad nationalities and cultures, Sydney is a vibrant and exciting city to visit and to live in.

Sydney is also one of the world’s most beautiful cities built around one of the world’s most beautiful natural harbours. I was born and raised in the northern suburbs of Sydney and Dinah and I lived here for 25 years, raising our family of three boys. Today our boys are grown up and Dinah and I now live on the Sunshine Coast in south east Queensland, enjoying a somewhat more laid-back lifestyle. However it is always really pleasurable to return to Sydney as visitors to do the ‘touristy’ things one doesn’t do when you live in a city. This is our story of a recent 4 day visit to Sydney to stay with our son James and his fiancée Shelby. Our first day in Sydney started with a visit to an area known as the Rocks on the foreshore of Sydney Harbour, the site of the first European settlement. The Rocks is regarded as the birthplace of the nation, being established shortly after the colony’s formation in 1788. It was known as Tallawoladah by the Cadigal people. The original buildings were traditional vernacular houses of wattle and daub (wattle tree branches bonded with clay to form solid walls), with thatched roofs, then subsequently of local sandstone, from which the area derived its name – the Rocks.

The Rocks is a neighbourhood of historic streets and laneways adorned by many of Australia’s oldest sandstone buildings and is a short walk from the heart of the city of Sydney. One of the city’s most visited areas, the Rocks is located in the shadow of the iconic Sydney Harbour Bridge. Looking north from the harbour promenade you get a great view of the world-famous Harbour Bridge which connects the city to the north shore of Sydney. You can even climb the bridge.

Looking directly east to Bennelong Point and the entrance to the harbour you’ll get a magnificent view of one of the modern architectural wonders the world, the Sydney Opera House. Locals and tourists alike explore the laneways and mingle at the open-air Rocks markets, purchasing street food and handmade fashions. Stroll cobblestone laneways through numerous market stalls, exploring the lands of our first nations’ people and the remnants of our early colonisation.

In the Rocks, culture comes to life in exciting ways. The area is home to some of Sydney’s oldest pubs and over 40 restaurants, many offering stunning harbour views. Peruse a range of speciality shops and boutiques offering unique handmade fashions, accessories, art and edibles. Buskers perform along the streets adding a festive atmosphere. The area is also a vibrant arts precinct being home to the Museum of Contemporary Arts as well as a plethora of local and international artists’ studios. And just across the harbour, one of the greatest music and entertainment venues in the world – the Opera House.

While we have visited the Rocks on a number of occasions, Dinah and I enjoyed a great morning wandering the streets and enjoying brunch at a local harbour-side café. The Rocks definitely rocks!

Sydney is geographically a very large city and while Sydney Harbour is one of the city’s greatest assets, is also means that getting around this very spread-out city and suburbs can be complex. Like most large international cities, public transport is the best way, particularly for visitors. Sydney has a very good public transport system so, not surprisingly, many of the city’s main tourist attractions can be accessed by public transport – trains, buses and harbour ferries. And the best way to do this is by purchasing an Opal Card. Available from most newsagents and stations, the Opal Card lets you travel when and where you wish. Tap on when you commence your journey. Tap off when you complete your journey. The card automatically deducts your fare and you can top it up at Opal Top-up machines located almost everywhere. For visitors, visit www.transportnsw.info

Adjacent to the Rocks is Circular Quay. This is the jump-on point for one of the best scenic tours available in Sydney – the cross-harbour ferry trip to Manly and the northern beaches. There is no better (or cheaper) way to see Sydney Harbour and the splendour of the harbour foreshore, myriad coves and bays that are home to the most expensive and spectacular real estate in Australia. Here you’ll see how and where the rich and famous live while enjoying a 40 minute ferry trip across the harbour. On the way you’ll pass historic landmarks such as Kirribilli House, the Sydney home of the Prime Minister of Australia; Admiralty House, the home of Australia’s Governor General and the much-loved Taronga Zoo with its own ferry access. And of course, you can use your Opal Card. Check out timetables, attractions and costs at www.visitsydneyaustralia.com.au

The west of the world.

James and Shelby live in the west of Sydney. This is an area that through an influx of peoples from all over the world in recent decades is truly worldly, now diverse in its population and rich in its culture. As such it is a great place to visit and to enjoy a variety of culinary delights from Asia, Europe, Africa and the Middle East. It is also home to one of the biggest clubs in Australia, so-called ‘workers clubs’ such as Revesby Workers. Revesby Workers is a huge club and is one of Sydney’s premiere leisure, dining and entertainment venues. Want to see the best Beatles or Bee Gees tribute bands, or great local and international acts? Want to dine at some of the best venues in western Sydney. Like to meet friends and family for a great night out, or even a quiet lunch? How about a little flutter on the pokies or a work-out in fully equipped gym? Food and beverages are at club prices, making Revesby Workers a great value destination. And visitors are very welcome. Check out the Revesby Workers on Facebook or at www.rwc.org.au

If a large club is not for you, how about a smaller, more intimate restaurant? There are hundreds (if not thousands) of restaurants in Sydney to choose from offering great food from almost every country in the world. So no matter what your culinary preference, this city has you covered. One of our favourites is Thai food. Having travelled extensively in SE Asia, we have developed a real taste for Asian food and the Doytao Thai restaurant in Padstow is really excellent, serving authentic Thai food. Dinah and Shelby ordered the Coconut Chicken Soup, James ordered the Exotic Fish (Snapper) while I ordered the Sizzling Seafood Platter. All excellent! The service is fast and very friendly, the menu is extensive and the prices are very reasonable. And being a BYO means that you can enjoy your favourite wine at bottle shop prices, rather than inflated restaurant prices. The great food can even be delivered to your (hotel) door as Doytao Thai is on UberEats and Menulog. Or you can order online for takeaway: www.doytaothai.com.au

We only had 4 days in Sydney this time so were limited in what we could do. But we will be back!

Check out cheap airfares in Australia. Most internal airlines such as Jetstar, Tiger, Virgin and Qantas offer discounted airfares, particularly if you are flexible as to when you can travel. Mid-week airfares are generally cheaper than the more in-demand business travel days of Monday or Friday. If you can, take only carry-on luggage and you’ll save even more. Budget airlines charge for checked luggage. With Australian airlines generally you can take up to 7 kg of carry-on plus one extra small item, with a total combined weight up to 10kg. Also check your actual bag size as airlines often enforce luggage dimensions. Jetstar, for example accepts carry-on luggage up to 56cm high x 36cm wide x 23cm deep.  So, travel light and there will be no more waiting around at baggage carousels. Do your homework at www.traveller.com.au

Flight times between cities on the east coast of Australia are relatively short in duration. For example, Brisbane to Sydney is just over one hour. So avoid the hard-sell by airlines to upgrade your flights with more expensive add-ons such as premium seats and meals. Eat before you fly and make the most of standard seats. This, with your carry-on luggage, will really make your flight economical.

One add-on that I do believe is worthwhile is travel insurance. It is amazing what life can throw at us, so for a few dollars more, you get protection for the money you have invested in your travel.

Get an Opal Card when you arrive in Sydney and get the train to your accommodation or next stop. Sydney traffic is horrific, particularly in peak hour (which is pretty much all day!), so cabs are expensive and often your only choice for an Uber is ‘platinum’, which cost-wise is on par with a cab. The train will be your quicker option.

Check also for last minute discounts on shows and attractions and most importantly, enjoy your time in one the best cities in the world. 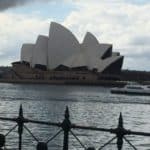 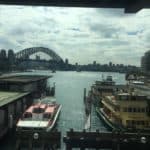 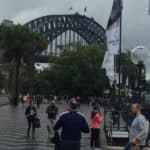 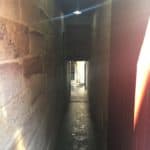 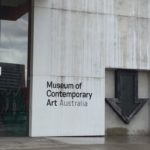 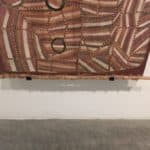 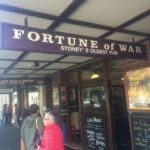 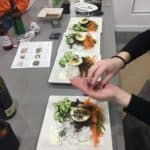 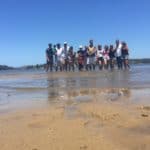 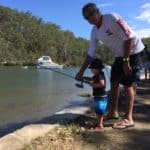 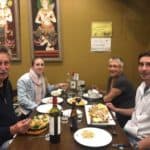