Crystal clear cylinders breaking off majestic headlands onto white surf beaches, a picture-postcard vista. Dinah and I have travelled extensively overseas and visited many of the world’s so-called ‘best beaches’, including Hawaii, but we maintain that you can’t beat Australia for pristine sandy beaches. From Noosa in southern Queensland to Bells Beach in Victoria and everywhere in between, you have to go a long way to better the beauty of Australia’s east coast.

But there is more to Australia’s east coast than just hundreds of kilometres of beautiful beaches lined with pandanas palm trees, as Dinah and I discovered during our recent Easter caravan trip from our home on Queensland’s Sunshine Coast to Sydney’s Central Coast. Easter in Australia is traditionally the time for the great family road trip. Camping grounds and caravan parks the length and breadth of the country become go-to destinations as hundreds of thousands of Australians head off to enjoy the four-day religious holiday break, effectively the last beach weather holidays before the Australian winter.

Over the last few years Dinah and I have spent a considerable amount of time travelling, including touring much of the country in our caravan. For us, Easter is a special time. This is the time when we get together with family, pitch a tent, sit around a blazing log fire and catch up. This year, our Easter destination was Canton Beach just north of Sydney on the New South Wales’ Central Coast where we were meeting our son James and his fiancee Shelby.

One of the really nice things about this road trip from a caravanner’s point of view, is that the Pacific Highway south from the Sunshine Coast through Brisbane to Sydney, National Highway 1, is now a dual lane motorway, making towing the van easy and a lot less stressful. Unfortunately, it also means that many of the small towns and villages that dot the coastline are now bypassed by the new highway, so you have to leave the highway and go out of your way to get right onto the coast. But it is worth it.

Heading south through Brisbane our first port-of-call is the Gold Coast, one of the world’s most visited tourist destination with almost 60 kilometres of white sandy coastline. Crossing the border into New South Wales, the next stop is iconic Byron Bay. Turning left off the highway you enter a town that has changed little since it became famous as a laid-back surfing destination and ‘hippy’ village in the 1960s. Today, the well-healed share Byron’s footpaths with blond-haired surfers. Sticking to the coast, we head 20 kilometres south through Sussex Park and past beautiful Broken Head to one of our favourite places and our first overnight stay, Lennox Head. I’ve written about Lennox in previous blog posts, so I won’t repeat myself, save to say that the Reflections Caravan Park on the shores of Lake Ainsworth and adjacent to the Lennox surf beach is one of the best parks in Australia. Check it out at: lennoxhead@reflectionsholiday.com.au

Our next overnight stop is Corindi Beach, about 250 kilometres south of Lennox Head. On the way, we enjoyed the beauty of the northern New South Wales coast and of the coastal towns and villages of Ballina, Broadwater, Evans Head, Yamba and Brooms Head. We continue south through the ‘jacaranda city’ of Grafton and on to Corindi Beach, turning off the Pacific Highway about 50 kilometres south of Grafton. This is a beautiful spot right on the coast and one of the best presented caravan parks we had ever stayed in. Reflections Holiday Parks Corindi Beach is a relatively small dog-friendly park with just 65 sites located on a beautifully grassed headland overlooking perfect blue seas just 50 kilometres north of Coffs Harbour. The sites are large, so plenty of room for your caravan and car. Or, you can rent a cabin with stunning ocean views, listen to the sounds of crashing waves and watch for whales from your very own balcony. We would absolutely recommend spending time here as you explore the New South Wales coast. To book, call 02 6649 2803 or go online at: www.reflectionsholidayparks.com.au

From Corindi, we travel south through Coffs Harbour, Sawtell, Nambucca Heads, Kempsey, leaving the highway for Crescent Head and the coast at South West Rocks. This is a spectacular part of the world and the location of the historic Trial Bay Gaol. Named after the 1816 shipwreck of the brig “Trial”, by 1876 the area had become known as Trial Bay and the location of the Trial Bay Gaol. Built by convict labour in 1877 and opened in 1886, this impressive sandstone gaol was ‘home’ to around 130 prisoners housed here to construct a breakwater to support a busy coastal shipping trade. During World War 1, the gaol was employed to accommodate German internees. Much of the site remains today and is a must-see reminder of early colonial Australia. You can pitch a tent at Trial Bay in the camping grounds or stay at the caravan park at South West Rocks. There’s heaps of information on this historic site and the Macleay Valley Coast at: www.macleayvalley.com.au

Heading south once more, our next overnight stop is the Discovery Holiday Park at Harrington. What I love about this park is its proximity to a beach-side lake and coastal marsh lands that run north to Crowdy Head. Here you’ll experience a totally different coastal vista with sweeping beaches and craggy headlands. Here there are tall grasses housing a variety of marsh birds and wildlife. You can even spot a goanna. You can book your Harrington stay on 02 6556 1228 or online at: www.discoveryholidayparks.com.au

250 kilometres south, we finally reach our Easter camping destination of Budgewoi and Canton Beach on Sydney’s Central Coast. Canton Beach Holiday Park is a huge park with hundreds of caravan and camping sites scattered throughout the extensive wooded grounds along with self-contained cabins dotted along the foreshore of Tuggerah Lakes. This is a great family park with a huge number of things for the kids (of all ages!) to do. The sites are large and in the main, well shaded. Everything is super-handy here. Check the park out and book at: www.cantonbeachhp.com.au or call 02 4396 3252.

Just a few kilometres away is the small village of Budgewoi with a Coles supermarket so you can stock-up on all the essentials for the holiday. The coast, headlands and beaches are also easily accessible and within a 5-minute short drive from the park.

A feature of the coastline here is the historic Norah Head Lighthouse. Built in 1901 and perched upon a craggy headland, the lighthouse takes in magnificent ocean vistas. Apart from the electrification of the light, the lighthouse is as it was 118 years ago with the complex comprising Flag Lockers, Head Keeper’s Quarters (which can now be rented as holiday accommodation and for wedding receptions), Stables and the Lighthouse itself. There are guided tours of the lighthouse with expert commentary from your guides that will take you back to a time when sailing ships plied the rugged coastline, with a number of hapless vessels being wrecked on the rocks and reefs off the headland. Sanding on the headland watching the mountainous waves breaking over the rocks that lay largely submerged off the headland, you get a real feel for just how treacherous these waters were and still are for unsuspecting vessels plying the New South Wales coastline. For more on the amazing history and heritage of the Norah Head Lighthouse, go to: wwwnorahheadlighthouse.com.au or www.visitnsw.com/wyong-area

In recognition of the thousands of migratory whales that pass by this part of the coastline each year, the annual Whale Dreamers Festival held on the 1stJuly is a feature event in the area. Created by a passionate group of locals this festival aims to raise awareness of the plight of whales and to raise funds for conservation research programs. Find out more at: www.whaledreamers.org.au

Stretching south from Norah Head is the largely unspoilt Soldiers Beach. The beach is on the north side of the headland and facing south-east is a popular spot for surfers. It is also a perfect spot to chill out and trek along this beautiful beach. Kids will love it here as there are a multitude of rock pools with abundant small fish, coral and all kinds of sea creatures. The pools also make for safe swimming for the little ones.

James, Shelby, Dinah and I spent four fantastic days at Canton Beach camping and exploring the surrounding area, including trekking the kilometres of unspoilt beaches. This is a beautiful area. If you live in Sydney or are driving up from Sydney, it’s about 120 kilometres north of the city and the drive takes around 1.5 hours, depending on the traffic. So, for Sydney-siders, this is the perfect weekend getaway destination. For Dinah and me it was a little further – a 2,000 kilometres round-trip from our home on the Sunshine Coast. But absolutely worth it. Beyond catching up with family, we saw and stayed at some amazing places on the New South Wales coast. So much more than pristine beaches, the east coast of Australia offers a diversity of fauna, flora and native landscapes that have to be seen and experienced to be believed. Along with some of the nicest and friendliest towns and people in the country.

Plan ahead. The highway from the Sunshine Coast to Sydney is now a dual road the entire way, save for the stretch between Ballina and Grafton, and this should be completed very soon. But, the service stations and road houses are few and often far between. If you are towing, be sure to plot their locations so that you always have plenty of fuel.

We tend to pre-planour overnight stops and pre-book. I know that it takes the spontaneity out of the trip, but during the peak Summer, Easter and school holiday periods, the caravan parks fill up quickly on the coast and there are virtually no free camps. The last thing you need after a long day’s drive is to have trouble finding a place to stay for the night.

Keep the park site mapsfor future reference. We have a folder with maps from every park we have stayed in. While we are at the park, we note the best sites on the maps, so if we are ever back that way, we know where to stay and what sites to ask for. See also if you can group your stays by park brand – Discovery Parks, Reflections Parks etc. Often through their loyalty programs, they offer discounts or bonus nights for frequent travellers.

If you have the luxury of time, use it. Rather than driving 500 kilometres or more a day, break your trip down, get off the beaten trackand see Australia along the way. You’ll never forget it. 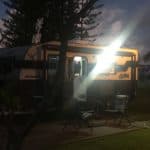 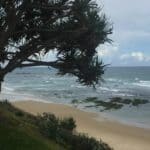 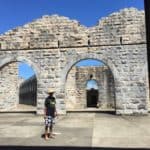 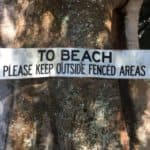 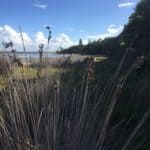 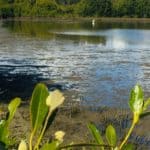 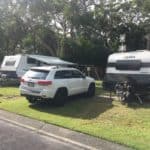 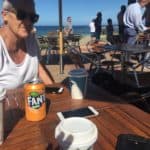 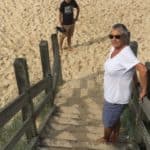 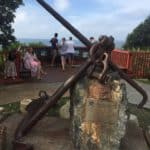 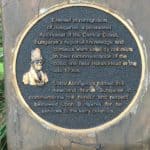 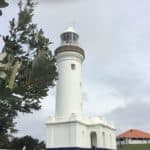 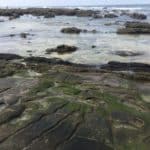 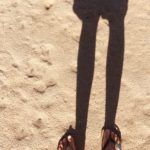 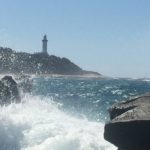