History, heritage, museums and monuments, DC is a powerhouse of people and politics.

To the free world, Washington DC is arguably the most powerful city on the planet. As the capital of the United States, this city is the powerhouse of world democracy and liberal government. Washington DC, formally known as the District of Columbia is commonly referred to simply as Washington or DC. Founded in the late eighteenth century after the American Revolution as the seat of government of the newly independent United States of America, the city was named after George Washington, the first president of the United States and a Founding Father.

365 days a year Washington is an important global political capital. Between the 6 and 9th of April 2008, it was also the global marketing communications capital as the IAA (International Advertising Association) held its 41stWorld Congress here. For 3 full days, this epicentre of world political power became the epicentre of consumer communication as over 700 of the world’s most influential business leaders, media and marketing communications professionals and educators from 65 countries gathered to explore “What’s Coming Next?” – to investigate and interrogate the challenges of today and specifically, the impact of issues relating to technology, advertising effectiveness and consumer habits and engagement in a connected world.

As a university educator, member of the IAA and a Director of the IAA Australia Chapter, I take the opportunity every two years to attend these IAA World Congresses, to hear from thought leaders, meet with colleagues and discuss the role of tertiary educators in the preparation of the next generation of young marketing communication professionals.

The most powerful city in the most powerful country in the world, Washington DC is a fascinating place to visit for business and for pleasure. It is the perfect location for a global conference themed “What’s Coming Next?”, being in many ways, a catalyst for world change itself. The IAA does international industry events extremely well. Hence, in support of congress activities there are myriad supporting social networking events, including industry dinners presented by the host IAA chapter. The Washington DC World Congress was no exception. On the first evening I attended a welcome cocktail party at Washington’s Renaissance Hotel, all-but completely booked out for the IAA World Congress and delegates’ accommodation. This first welcome event is always a great opportunity to catch up with industry and academic colleagues.

Congress days are full-on but there is always time in the evenings and at the end of the hectic congress schedule to explore and enjoy the host city. Washington DC is no exception for there is no shortage of amazing places to visit, starting with the White House. Some might say that this impressive pure white building set in manicured grounds at 1600 Pennsylvania Avenue is the world’s real seat of power. Certainly its inhabitants are among the most powerful people in the world. In reality, the whole of this amazing city exudes power. When you look around, even the buildings are specifically designed to emanate power, with stone facades and Corinthian columns reflecting classic Roman architecture. Considering that Washington DC has only existed since 1790, its outward appearance is of a city that has been a centre of world power for centuries, similar to that of the glory days of the Roman Empire.

Washington DC is a city of just under three quarters of a million people and is home to the President of the United States, Congress, the Supreme Court, the World Banking Group, the International Monetary Fund, the Human Rights Commission and the American Red Cross. It is also home to 177 foreign embassies. Located on the Potomac River, Washington DC is bordered by Virginia to the east and Maryland to the north. Getting around Washington DC is straightforward with avenues named and cross street numbered – New York-style. As always, the best way to see any city or town is to walk it. The second-best way for newcomers to get a lay-of-the-land is the ‘hop-on/hop-off’ bus, or in the case of DC, the hop-on/hop-off trolley.

I was advised that the best trolley tour was Old Town Trolley offering a range of tour routes to ensure you maximise your visit to DC and soak up the history and heritage of the city. There are a number of tour loops, designated by colour. The Orange Loopoffers 17 stops at the city’s most popular attractions, including the major national monuments, a number of the Smithsonian Museums, the White House, Capital Building, National Archives and my absolute favourite, The Air and Space Museum. The Blue Looptakes you across the Potomac River to Arlington National Cemetery, the final resting place of many of the country’s  greatest political and war-time leaders. Depending on what it is you want to see, you can choose to purchase a Silver, Gold or Platinum Pass and you can get on board from around 9.00 am for day-time tours or select an evening tour of the city and experience the amazing city light shows. I saved my Trolley Tour experience for the end of my stay in DC. With a colleague, we opted for the Orange Loop. We were not disappointed. For more information, tour options and prices go to: www.trolleytours.com

No city in the US does monuments and museums like Washington DC. Here you’ll find many of the world’s most iconic monuments, commemorating auspicious people and moments in time. And the best part – they are all free to visit. According to the American Institute of Architects, half of America’s top 12 favourite architectural gems line the National Mall in DC. Must see memorials include the Franklin Delano Roosevelt Memorial honouring arguably the State’s greatest 4-term president; The Korean War Veterans Memorial dedicated to the those you gave their lives in the 1950’s conflict; the Thomas Jefferson Memorial, often voted by visitors their favourite architectural monument on the Mall; the Vietnam Veterans Memorial recognising those who fought in the jungles of SE Asia; the Martin Luther King, Jr. Memorial honouring the life and achievements of the country’s most prominent civil rights activist; the National World War 11 Memorial honouring the sacrifice of the over 400,000 who perished in the global conflict; the imposing Washington Monument, an obelisk built to honour this country’s Founding Father and finally, the Lincoln Memorial at the west end of the National Mall with Abraham Lincoln astride his seat of power overlooking the reflection pool, the site of Martin Luther King, Jr’s “I have a Dream”speech and made famous in the classic movie Forrest Gump. That’s the thing about Washington DC. As you walk the streets and explore the famous places, they all seem so familiar like you have seen them all before. And you have, in a thousand news stories,  documentaries and Hollywood movies. You can plan your visit to the Washington DC monuments at: www.washington.org/monuments

“The Eagle has Landed”

I’m old enough to have been born to hear those immortal words as Neil Armstrong prepared to step off the ladder onto the surface of the Moon. At the Air and Space Museum, you can see the Eagle lunar landing module and the Apollo 11 spacecraft that propelled Neil Armstrong, Buzz Aldrin and Michael Collins to the Moon and back in July 1969. I was in my first working year at the Australian department store David Jones. Televisions were strategically placed throughout the store and I and millions around the world  watched as Armstrong took those first immortal steps on the Moon’s surface and uttered the words that would forever reside in the history of human endeavour: “That’s one small step for man, one giant leap for mankind.”

I stood in awe on the floor of the Air and Space Museum looking at this space contraption. The world’s greatest publicly stunt born of a fierce revelry between the United States of America and the Union of Soviet Socialist Republics? Or man’s single greatest achievement? I am convinced the latter. We went there. But in this contraption?

The Smithsonian National Air and Space Museum on Independence Avenue and 6thStreet was the venue for the second of the IAA Congress evening events. The IAA had booked the entire museum for an evening that consisted of a lavish sit-down dinner in the main hall followed by personalised tours of the museum. What an event and what an experience. What is generally acknowledged as the world’s most visited museum all to ourselves for the evening. This is an amazing place, twenty three galleries exhibiting hundreds of aircraft, spacecraft, missiles, rockets and other artefacts. This is a must see in DC and admission during normal visiting hours is free. In fact, I returned to the museum on two more occasions during my time in DC, such was the breadth of exhibits and my fascination with all things flight-related. Check it out at: www.airandspace.si.edu

People talk about the great cities of the world – New York, London, Paris. Having now visited Washington DC, I’d have to position this city right up there in terms of my favourite cities to visit. Granted it is largely a city of government people housed in government buildings doing government things. But it is also a beautiful and fascinating city. A city steeped in both the history of the United States and the history of the world. Do not miss DC on your visit to the US. 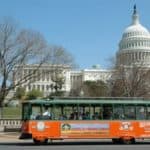 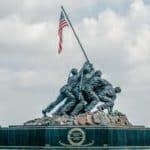 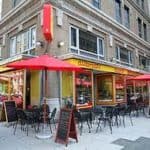 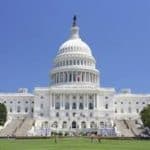 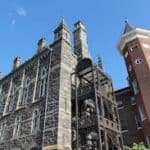 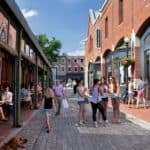 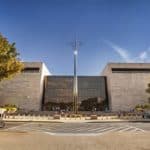 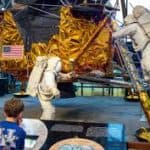 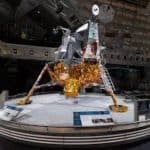 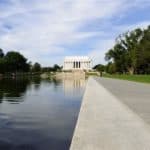