The people and the places of Australia’s indigenous cultural capital.

Sydney’s boasts the iconic Opera House, Melbourne has the East End Theatre District, Brisbane showcases Southbank, in Adelaide it is North Terrace, in the West, the Perth Cultural Centre, and Hobart has the amazing MONA. Now let’s talk about the Northern Territory’s Darwin.

Darwin is a city of cultural origins, Australia’s ‘cultural capital’, a national treasure-house of the Earth’s most ancient art. It’s a city that showcases, like no other Australian city, the origins of Australian art and culture, a rich legacy that dates back 60,000 years to the Creation Time when the ancestors gave Australia’s Indigenous peoples, the oldest continuing surviving human culture in the world, a kinship system linking people to all things and the cultural responsibility to look after them all.

Creation Law is at the heart of Aboriginal culture and consequently, for Aboriginal art. It sets down the ‘Dreaming’ which provides the identity for Aboriginal people and their links to the land. Dreamtime is the translation of the Creation Time for the Aboriginal people. There is no written language for Australian Aboriginal people so in order to communicate their important cultural stories through the generations, they are portrayed by symbols and icons through their artwork. Hence, most Aboriginal artists paint facets of their Dreaming which forms a share of their inheritance and identity. As it is imperative to pass on information to preserve their culture, Indigenous art centers on story-telling and is used as a means of conveying knowledge of the land, events and beliefs.

Traditionally Aboriginal paintings were drawn on rock walls, ceremonial articles, clothing or in sand and dirt. A school teacher working with Aboriginal children in Papunya near Alice Springs noticed that while Aboriginal men were telling their stories, they would draw symbols in the sand. He encouraged them to paint their stories onto canvas and board. Thus began the famous Aboriginal art movement and the advent of the characteristic ‘dot’ painting style. Some believe that dots were used to hide information from white men when the Aboriginal people became afraid that they would be able to see and understand their sacred, private knowledge. Dot painting is mainly done in the Centre. Crosshatch work is seen in the Top End. There are even differences in how the hatch work is done. Aboriginal art varies in style from region to region and can be recognised from the community where it was created no matter how long ago, as well as how it connects to ongoing cultural storytelling. The art movement has helped to strengthen culture in Aboriginal society by reinforcing the values of traditional knowledge, which forms the basis of Aboriginal art.

On the walls, in the streets and on ancient rock faces

During our recent visit to the Northern Territory, Dinah and I were privileged to see many examples of indigenous art and culture, both in Darwin in museums, galleries and on the streets as well as in the natural rock painting galleries in Arnhem Land and Kakadu.

A starting point for us and a great introduction to Aboriginal art was the Charles Darwin University (CDU) Art Gallery and the ‘Reinvigorating the MECA Collection’ exhibition. Dinah’s sister Helen (Mel) had recently retired from CDU and was really knowledgeable regarding NT indigenous art and specifically the unique Milingimbi Educational and Cultural Association (MECA) exhibition. The exhibition showcased the work of the Milingimbi and Ramingining peoples, a heritage collection of Yolngu bark paintings, sculptural objects, hollow logs, and weavings collected at Milingimbi in the 1970s and not previously exhibited. An experience not to be missed. More information is available online at: www.cdu.edu.au/artgallery

Our next stop, the Museum and Art Gallery of the Northern Territory (MAGNT), the NT’s premier cultural organisation. This is a fabulous contemporary museum located on Larrakia Land at Bullock Point on the shores of Fannie Bay. The museum is beautifully presented, with a great selection of exhibition themes and displays of internationally renowned artistic, cultural and scientific collections. It is also home to the Telstra National Aboriginal & Torres Strait Islander Art Awards, the most significant awards of their kind in Australia. Each year, MAGNT presents some of the very best travelling exhibitions from around Australia. We had a fabulous afternoon viewing the various art exhibits. Two that particularly stood out for us were ‘Between the Moon and Stars’, combining science and art to reveal the influence of the stars and the Moon on human cultures and life, and ‘Yidaki’, the origins of the didgeridoo.

For me, the yidaki (also known as the didgeridoo) is more than an Aboriginal musical instrument, it is a ceremonial artefact and work of art that defines and combines the culture and communication of the First People. The immersive exhibition tells the story of the origins of the yidaki and illustrates the importance of the instrument in Aboriginal culture. Yolngu Elder Djalu Gurruwiwi, himself a Northern Territory ‘national treasure’ takes us on an experiential  journey that includes the making and artistic decoration of the yidaki. A fabulous and very intimate insight into indigenous culture. For information on current and future MAGNT exhibitions, go to: www.magnt.net.au

Some years ago, the Northern Territory Government used the slogan “You’ll never never know if you never never go” to promote the Territory as a tourist destination. The slogan was based on the title of the 1908 classic Australian novel ‘We of the Never Never’ by Aeneas Gunn. It tells the tale of the author’s experiences in 1902 on Elsey Station near Mataranka in the Northern Territory, referring to the isolation of the land she called ‘the never never’. Far from being a wasteland, the vastness of the Northern Territory offers vivid insights into over 60,000 years of Aboriginal habitation as the oldest continuing surviving human culture in the world. For this was Creation Time, a time when the ancestors gave Aboriginal people a kinship system linking people to all things and the cultural responsibility to look after them all. In Kakadu and Arnhem Land displays of rock art dating back 3,000 years provide a look into the life of  the First People, how they lived and hunted meat, gathered fruits and vegetables, shared food, played games, told stories, painted pictures and sometimes performed ceremonies. The ‘gunbim’ (rock art) in the shelters of overhanging rock ledges and caves is left as evidence that these had been places of living and learning. Dinah and I were privileged to have visited a number of sites at Ubirr and Burrunggui in Kakadu National Park. An unforgettable experience. For more information on the NT’s rock art locations, go to:www.kakadu.net.au

Back in Darwin, we learned of a very special exhibition at the Northern Territory Library in Parliament House. The exhibition ‘A Territory Story’ provided a unique journey among the people, places and events that have shaped the Northern Territory. The exhibition explored the development of the Territory through a series of themed interactive displays. Covering major events such as the WW2 bombing of Darwin and the devastation of Cyclone Tracey in 1974, the exhibition also highlighted the cultural diversity of the Territory. Of particular interest was the role of the indigenous people in shaping this place through art and music. Displays showcased Aboriginal art in the form of beautiful woven artefacts as well as the role of the iconic didgeridoo. It also addressed the issues relating to the ‘ stolen generation’ and the 1928 Coniston Massacre , highlighting the resilience of the Aboriginal people. The exhibition also provided an insight into the growth of the arts in the Territory through film and music. The 1955 movie Jedda was the first full colour movie to be produced in Australia and tells the tale of the struggles of people on remote NT cattle stations. On a more upbeat note, we really enjoyed the discourse on the influence of Aboriginal rock bands such as Yothu Yindi, Maningrida’s Sunrize Band and the Warumpi Band on mainstream Australian and international music. For what’s on in the NT Library, go to: www.ntl.nt.gov.au

Today, Aboriginal art is amongst the most sought-after and valuable in the world. Aboriginal paintings sell for millions of dollars to avid collectors and the indigenous art scene is thriving in the Territory. Provenance Arts offers Darwin’s largest collection of authentic fair-trade indigenous products, combining a unique shopping experience with exhibitions, demonstrations of arts and crafts, learning opportunities, film and events. Plus Australia’s first specialist indigenous cultural tourism information service. This is a fantastic place if you are looking for genuine Aboriginal art from over 30 community art centres. And it is a great place to discover a unique and valuable artefact to take home as a reminder of your adventures in the Top End. Call in or check out Provenance Arts online at: www.provenancearts.com.au

Some retailers sell factory-manufactured items as Aboriginal art and artefacts when they are little more the souvenirs and unlicensed imitations. Things to look out for: Is the work created in Australia? Is the artist clearly attributed as the maker of the art work? Does the label include information about the artist and origin of the art work? By being prudent in the purchasing of Aboriginal art you are both ensuring your investment and protecting Aboriginal people’s rights in relation to their cultural heritage. For more information on purchasing Aboriginal art, go to: www.ankaaa.org.au or www.caba.nt.gov.au

Main picture: Djalu Gurruwiwi, senior member of the Galpu clan and recognised authority on the musical and spiritual traditions of yidaki (didgeridoo) 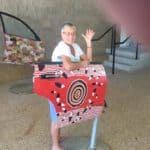 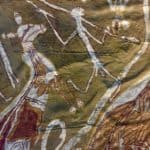 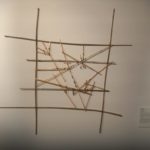 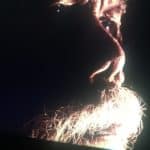 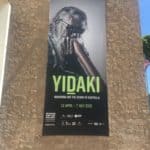 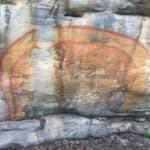 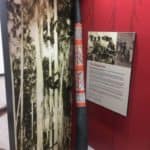 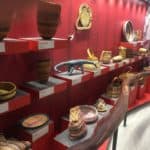 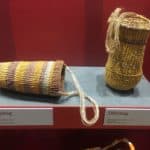 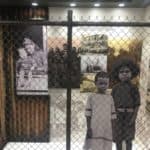 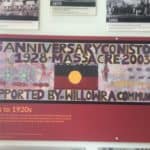 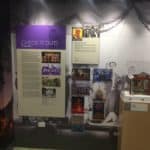 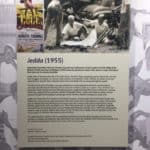 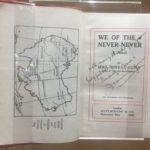