An advertising world congress in Beijing and recipient of the 2014 IAA Medal for Merit.

As host city of the Games of the XXIX Olympiad, Beijing is no stranger to medal ceremonies. August 2008 saw this ancient city come alive as hundreds of thousands of visitors from over 80 countries descended upon the Beijing National Stadium and Olympic venues to witness 11,468 athletes compete in 302 events in the 28 sports that comprised the greatest sporting event of all time.

Six years later in 2014 the city once again hosted a major international event, this time showcasing the world’s leading advertising, media and marketing practitioners from over 50 countries around the world. The event: the 43rdInternational Advertising Association World Congress. At this congress, six IAA Medals For Merit were awarded for ‘Dedication and Committed Service to the Association and its Programs’. I was privileged to be one of the recipients.

Since joining academia in 2002, I have had a close association with the International Advertising Association (IAA), including membership of the IAA International Education Committee, as well as serving as a director and member of the Board of the IAA Australia Chapter for over 12 years. My association with the IAA has brought immeasurable benefits to both myself as an advertising practitioner and academic, and to the universities I have worked for and the students I have taught. I have introduced numerous academic initiatives and programs relating to education in advertising practice, many of which have been accepted by the association and its members internationally. Through the IAA I have lead Student Advertising Industry Study Tours to cities including New York, London, Hong Kong, Singapore, Shanghai and Ho Chi Minh City. And I have attended numerous IAA international events, including bi-annual IAA World Congresses. This was my second IAA World Congress in Beijing, the first being in 2004, and this time I was going as a Medal for Merit recipient in recognition of my contributions to education and advertising practice on behalf of the IAA and academia in Australia.

The IAA World Congress was held between 8 and 10 May at the China National Convention Centre. Presented jointly by the International Advertising Association and China Advertising Association over 1600 delegates from 40 countries heard how brands, agencies, media, futurists and economists are tackling the challenges facing today’s ad industry. Sir Martin Sorrell, CEO of the world’s largest communication organisation, WPP, led a global speaker line-up of international and Chinese companies and brands. With the theme “Innovation and Evolution”, the congress program took delegates on a journey of remarkable global insights, news and knowledge that few events and organizations can provide, certainly none in the marketing and communications arena. With a mix of global and local speakers, content and case-histories that make the news, driving the changes and enabling marketers to network and engage the rapidly changing landscape of communications with their customers, the event was timely and important.

Beyond the gaining of absolutely contemporary information and knowledge, a key benefit of attendance at the IAA World Congress events is the opportunity to network with colleagues from all over the world. With over 1600 delegated attending, these is no shortage of opportunities to strike up a conversation, renew old acquaintances and make new ones. The IAA does networking well. Congress dinners are a highlight of these events and Beijing was no exception. How many people can say that they have had dinner in the Great Hall of the People, whose imposing steps overlook Tiananmen Square? Very few I’d venture. Yet there I was, seated with industry leaders from around the world enjoying a magnificent Chinese banquet and a glass of ‘Great Wall’ white wine in the inner sanctum of the leaders of this powerful country. The second event was even more impressive with dinner and a tour of the Forbidden City and the Imperial Ancestral Temple. Built in 1420 and also known as Taimiano of Beijing, this temple is where the Chinese emperors stored the ancestors’ tablets and worshipped them during festivals and ceremonies. As far as dinner venues go, absolutely unforgettable!

While the congresses days are full-on, there is still time for a little sightseeing. Beijing is a massive city and there is lots to see and do. Our conference hotel, the Intercontinental, was located in the very centre of the 2008 Olympic Games precinct. Indeed, my room offered magnificent views of the famous ‘Birds Nest’ Olympic stadium. It was fascinating wandering the Olympic precinct, largely deserted now save for stalls selling long-forgotten Olympic souvenirs and groups of tourists led by Chinese tour leaders with fluttering pennants. Standing there in the middle of the mile-long concourse, it was hard to imagine hundreds of thousands of people milling around, queuing for entry into the events.

Having been to Beijing before and visited the Great Wall and the Terracotta Warriors, this time I focused on the more non-touristy things to see and do. The Panjiayuan Antique Markets in the Chaoyang District were recommended to me. Dinah and I are collectors of all things unusual – not necessarily expensive, more unique and unusual. Our travels around the world have allowed to develop a collection of artifacts that serve as a constant reminder of the many fascinating places we have visited. China was definitely on my list. This market is where many of the inner-city antique stores come to buy their merchandise, wholesale, so the markets are usually good value, though you do have to bargain hard. A 12thcentury Mongolian brass serpent head on an ancient wooden lance and an 11th century terracotta figurine, and my quest was complete.

Finally, the time had come for the Medal for Merit presentations. I felt hugely privileged to stand on stage while my name and achievements were read out to that distinguished audience. Something I will remember and cherish forever.

Beijing is famous for many things, including pollution. If you suffer from respiratory problems, you need to check the pollution situation out before you travel. If you are visiting Beijing, make sure that you have an adequate supply of your medicationand take a doctor’s letter and copies of your prescriptions with you. It’s also best to take your medication in the pharmaceutical containers it comes in with your details on the label.

Depending on the time of year you are planning to travel, you will need to pack appropriately. China and Beijing can get might cold in their winter months and hot in their summer. Also take comfortable walking shoes, particularly if you are planning to do things like scale the Great Wall – which is an absolute must to do.

For most countries, including Australia, you will need a visato enter China. Your travel company can organize this for you, or you can apply yourself. You need to apply with your passport to the relevant Chinese Visa Application Service Centre. For Australians, go to: www.au.china-embassy.org 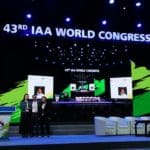 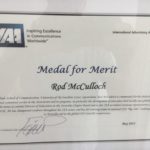 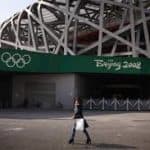 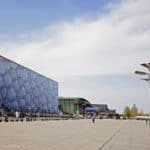 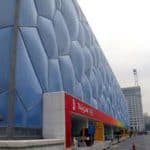 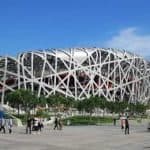 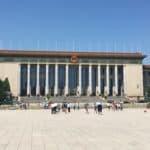 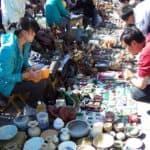 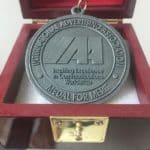