HCMC. The faces and the places

In Vietnam, some things change. Some stay the same.

For me, Vietnam has always been about the people. From hatred and hostility to peace and prosperity, Vietnam and its people have survived centuries of conflict and are now enjoying a rebirth as one of the most prosperous countries in South East Asia. And its cities and towns are booming. Vietnamese people are a naturally kind hearted, hard-working people. You can see it in their faces, and it is most evident when you visit cities such as Saigon. From post the Vietnam War (referred to locally as the American War) of the 1970’s, Saigon (now re-named Ho Chi Minh City or HCMC in honour of the country’s spiritual leader of Vietnamese Communism), has reinvented itself and today is an international city in its own right.

Famous for the pivotal role it played in the Vietnam War, Saigon is also known for its French Colonial landmarks including Notre-Dame Cathedral and the 19th century Central Post Office. Historic landmarks such as these are all that remain of the French colonisation of what was known as French Indochina from 1887 to 1954. France continued to rule French Indochina as a colony until its defeat in the First Indochina War and the proclamation of Vietnam’s independence in 1954. History is everywhere in Vietnam; in the cities, in the towns, in the mountains and by the sea, for this is an ancient country brimming with ancient customs and natural beauty.

Ho Chi Minh City is a great place to visit. The city offers visitors a vibrant mix of the old and the new with well-preserved relics from the past. Here the old blends seamlessly with the new. Sleek glass and steel skyscrapers and expansive shopping malls sit harmoniously alongside traditional street markets. HCMC is a thriving and prosperous metropolis and one that is a popular tourist destination due to its fascinating culture, mix of architecture, as well as its temples and pagodas. However, while the city acknowledges the 21stcentury with its high-end shopping malls, funky rooftop bars and bistros, it also celebrates its French, Chinese and Vietnamese heritage in its traditional streetscapes.

The first thing I noticed about Ho Chi Minh City was the order. There doesn’t appear to be any! In a city of around 8.5 million people, there are 7.5 million motor bikes on the road, all going in different directions at once. That’s almost one motorbike per head of population! Road rules, what road rules? Stepping off the footpath, be it at traffic lights or at a pedestrian crossing, you take your life in your hands as the traffic never stops. As explained to me by a Vietnamese local, the trick is to step off the footpath onto the road and then start walking. Don’t stop. The motorbikes will go around you. Even the footpaths are no guarantee of pedestrian safety. They are either crowded with parked motorbikes (so that you have to step onto the road to walk around them) or they are used as a passing lane by motorbikes to overtake slower traffic.

Where to stay in HCMC?

Somehow, amid all the apparent chaos, the city flourishes and the country continues to grow and prosper. While Hanoi in the north is the capital of Vietnam and seat of government, Ho Chi Minh City is the business and financial centre of Vietnam. This is apparent as you walk the streets. The city is divided into 19 Districts, with no two districts being the same, each offering a distinctively unique experience and a wide range of accommodation for visitors. District 1 is the main commercial hub of the city and is still widely known as Saigon, despite the whole city having been renamed Ho Chi Minh City in 1975. This is where you’ll find many of Saigon’s best hotels including the Reverie Saigon, the Hotel Nikko, Park Hyatt and Intercontinental Saigon. It’s also where you’ll find many of the city’s best restaurants, great shopping, fun nightlife, as well as the most notable of the city’s landmarks.

Our hotel of choice in HCMC is the Paradise Saigon Boutique Hotel and Spa on Le Thanh Ton in District 1. This is a really good value-for-money 3-Star hotel with welcoming and helpful staff, great rooms and all the amenities you need for your stay in HCMC. Including free Wi-Fi. The top floor restaurant is a great place for breakfast as you start your day by gazing out over the cityscape. Review the hotel and book at: www.paradisesaigonhotel.com

Le Thanh Ton is one of the main streets in the district with hotels, street bars, shopping malls and Vietnamese food courts. Here you can savour local dishes for very few Vietnamese Dong, washed down with a bottle of locally brewed 333 Beer. Being a tropical country, the beer culture in Vietnam is vibrant, with everything from simple lagers to craft beers. In the main, Vietnamese beers are cheap, making them the beverage of choice to accompany any meal.

Saigon is a shopper’s paradise, so if shopping’s your thing you must visit Nguyen Hue Boulevard in District 1. Here you’ll find an eclectic range top-end fashion brands in the many trendy boutiques and shopping malls, including the Saigon Tax Trade Centre. But, if you are looking for a more unique shopping experience, then the street markets are the ideal place to shop for a bargain. The biggest market in Saigon is the Ben Thanh Market which, incidentally, is only a short stroll from our hotel. Here you’ll find a colourful array of clothes, shoes, handbags and souvenir items, including many ‘knock-off’ brands, as well as fresh produce being bought by the locals in the largely undercover market. Bargain hard – up to a fifth of what they originally ask. They can always so no, and you can always walk away. There’ll be another stall nearby selling the same items. Night time is also a great time to visit the markets, particularly if you want to include local food on your shopping list. For more information on HCMC’s street markets, including organised guided tours, go to: www.vietnam-guide.co

The war years of the 1960s and 1970s left an indelible mark on the Vietnamese people, with over 3 million perishing in the conflict. The War Remnants Museum is one reminder of the conflict, with exhibits relating to the Vietnam War as well as to the first Indochina War. You enter the museum via a forecourt displaying many of the weapons of the war – a Huey helicopter gunship, an F-5A jet fighter, an M48 Patton tank, A-1 Skyraider and A-37 Dragonfly attack bombers, as well as pieces of unexploded ordinance. Inside the building you are confronted by graphic photographic reminders and exhibits representing the horrors of war. Within walking distance of District 1 and of our hotel, the War Remnants Museum on Vo Van Tan in District 3 is definitely not for everyone.

The Cu Chi Tunnels is an immense 220-kilometre network of connecting underground tunnels located in the Cu Chi District on the outskirts of Ho Chi Minh City. Originally built by the Viet Cong in the 1940s as protection from French air raids, the tunnels were used by VC soldiers during the Vietnam War as communication and supply routes, hospitals, food and weapons stores, as well as living quarters for the North Vietnamese fighters. The best way to see the tunnels is on a guided small-group tour. You’ll hear the history of the tunnels and, if you are brave enough, you’ll even be able to explore sections of the tunnels for yourself. Tours include hotel pick-up and drop-off. More information and bookings at: www.viator.com/visitor/tours-tickets

You’ve spent the day seeing many of the sights of Ho Chi Minh City, the beautiful and perhaps the not-so-beautiful. Now it is back to your hotel to relax and get ready for an evening out. There is no shortage of places to dine, from 5-Star silver-service restaurants to the street food markets. One of our favourite ways to spend an unforgettable evening while enjoying the best views of the city at night is from the Glow SkyBar Saigon. Atop the President Place Building at 93 Nguyen Du in District 1, this rooftop bar overlooks the Reunification Palace. Looking out over the contemporary urban skyline of Ho Chi Minh City, I am constantly reminded of the resilience of the Vietnamese people and of their commitment to building their country into a modern, peace-loving nation and a power-house of prosperity in South East Asia.

My recommendation is to book your accommodation directly with the hotel. I have found that, in most instances, I can get a better deal than through a third-party booking site.

English is generally well spoken in Vietnam, certainly in the major cities. While cities such as Saigon are fun and easy to explore on your own, often it is better and more enjoyable to organise small group guided tours for some of the attractions that you want to see, or half day and full day tours that visit multiple locations. Apart from the comfort of being chauffeured around, with pick-up from and drop-off to your hotel, the tour guides provide informative commentary on the history and important and interesting facts relating to the locations you are visiting. There are numerous companies offering tours of Ho Chi Minh City. One good website to check out for day tours is: www.onthegotours.com

A reminder. It pays to be vigilant as HCMC is a busy city with people everywhere and motorbikes weaving in and out of the traffic, including on the footpaths. Make sure you keep your valuables well secured on your person. Never take your passport with you when you are out and about. Lock it in your hotel room safe. I usually carry just one credit/cash card with me and rely mainly on cash.

Main picture: Are these the most beautiful people in the world? 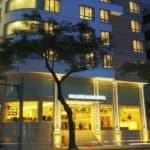 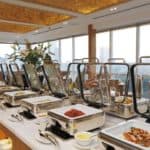 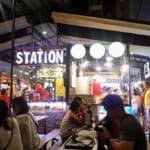 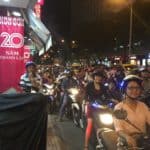 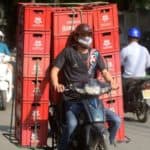 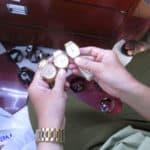 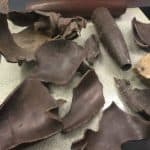 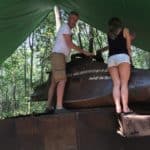 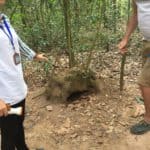 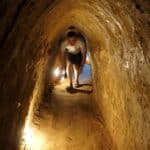 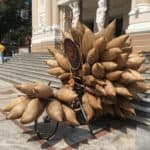 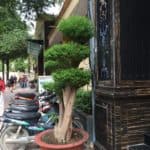 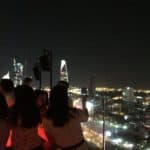