From Winchester to Bath. A working tour of two of England’s most historic cities.

The light streamed in through a gallery of magnificent stained glass, the purest light we’ve ever seen. It falls on ancient stone and onto what appears to be a huge circular wooden table affixed to the wall. Could this really be the Round Table of the legendary King Arthur and his Knights of the fabled Kingdom of Camelot? Close. It is in fact a replica of the legendary table, constructed from English oak and dating back to  the later years of the 13th century.

We were standing in the Great Hall of the magnificent Winchester Cathedral in the city of Winchester in southern England where the Round Table hangs. Built during the reign of Henry III, the Great Hall is considered one of the finest surviving aisled halls of the 13th century and is all that remains of the medieval castle originally constructed for William the Conqueror in 1067. The Round Table is believed to have been built for a “Round Table” tournament near Winchester held to celebrate the betrothal of one of Edward I’s daughters. The artwork on the table dates back to the reign of Henry VIII who had it painted with the Tudor Rose at its centre. The outer design is thought to portray Henry as King Arthur on his throne, surrounded by 24 places, each bearing the name of one of the legendary Knights of the Round Table.

Dinah and I were in Winchester to visit friends from Australia, Tom and Jenny Watson who had relocated back to their home in England. Tom, a Professor (now Emeritus Professor) of Public Relations at nearby Bournemouth University had extended a formal invitation on behalf of Bournemouth University for me to visit the University and their Media School to see the facilities and to talk about opportunities for students from my University in Australia to articulate into communication degree programs at BU.

Prior to visiting Bournemouth, Tom and Jenny had invited us to stay with them in their home in Winchester and to spend the weekend exploring the city and its surrounding countryside. While we have lived in England some time ago, we have never visited this city, so this was a real treat.

We were staying in Paddington in London, which is super-convenient for both British Rail and London Tube transport. We caught a British Rail train from Paddington Station, travelling through the amazingly beautiful countryside of southern England. Winchester is a magnificent medieval city of around 45,000 residents located in the county of Hampshire on the edge of England’s South Downs. The city dates back to the Iron Age and to Roman times and was once the ancient capital of England. The centrepiece of the city is Winchester Cathedral, one of the most magnificent cathedrals in the UK and was a natural starting point for our tour. You could spend hours, days, weeks exploring the cathedral and learning its history. Many people do. Unfortunately, our time is somewhat limited, however due to the expert guidance of Tom and Jenny, both of whom are deeply involved with the Cathedral, we are able to gain real insights into this historic site and learn much of its history. A walk around the Cathedral takes you through centuries of English church architecture, from the massive vaults of its early Norman crypt to the ornate glories of its Renaissance chantry chapels. There is so much to know and learn about this magnificent and world-famous cathedral. One good place to start is at: www.winchester-cathedral.org.uk

The city is also home to the University of Winchester and to Winchester College, the oldest public school in the United Kingdom still inhabiting its original buildings located behind the Cathedral. We spent much of our time wandering the inner-city streets and walking along the beautiful River Itchen than flows through the town and eventually into the English Channel. Scouring the stalls at the village fete on the lawn of Winchester Cathedral; lunch in the River Cottage Canteen, a converted Georgian river mill; Jane Austen’s House a stone’s throw from the Cathedral; Winchester City Museum with its priceless collection of Roman and Anglo-Saxon artefacts, and Royal Green Jacket Museum with its amazing diorama of Napoleon’s defeat at the Battle of Waterloo – a memorable tour through history. Walking these ancient streets, we pass buildings, stores and pubs that were thriving centres of commerce hundreds of years before our own country, Australia was even settled. Really puts it all into perspective.

And talking perspective, the best way to gain a perspective of Winchester is to climb St Giles’ Hill. We did, and from the top of the hill we were able look down on the sweep of the medieval and Georgian buildings, laid out according to the original Saxon street plan. This place is a photographer’s paradise. My iPhone didn’t stop all day! That’s the great thing about today’s technology – point, aim, shoot…and shoot…and shoot!

The weekend passed far too quickly as Monday morning saw Tom and I heading off to Bournemouth University for 4 days of university tours, meetings and discussions. An incredibly productive week that benefitted both our institutions.

The Roman Walled City of Bath

From Bournemouth, we trained-it back to London and to our hotel in Paddington to prepare for my next university visit in Bath. The best way to get from London to Bath is by train. Trains are operated by Greater Western Railway (GWR) and depart Paddington Station every 30 minutes on a week day and the journey takes about 1 hour 30 minutes, depending on the time you travel and the number of stops. Dinah and I really enjoy train travel. We can sit back and relax and watch the English countryside roll by. Or, if you are addicted to the small screen or want to work on your computer, you can connect to the free onboard Wi-Fi. You can check schedules and book online at: www.gwr.com

One of the finest remaining Roman walled cities and for its incredibly well-preserved Roman baths, Bath has to be one of the most beautiful places on the planet. Set in the rolling countryside of southwest England in the valley of the River Avon, Bath is known for its hot springs and 18thcentury Georgian architecture. Everywhere you look you see that the buildings are constructed from honey-coloured stone.

Bath was unfortunately all about work for me, though Dinah did have time to explore the city. We had both spent time in Bath on a previous visit to the UK, so we had seen much of the city and surrounding countryside. While I headed off to my first meeting at the city campus of Bath Spa University, Dinah took a tour of the UK’s only designated UNESCO World Heritage Site. The tour included a visit to the Roman Baths, dating back to AD43, As well walks through the city streets past amazing architectural streetscapes like the Royal Crescent and The Circus, celebrating Bath’s most famous resident, author Jane Austen. In Bath, heritage is just part of the city’s attraction. Melding beautifully into the Georgian architecture, hundreds of restaurants and cafés, traditional English pubs as well as 21stcentury shopping.

Bath Spa University is a modern public university with its main campus based at Newton Park on Dutchy of Cornwall land as well as other campuses at Sion Hill, Corsham Court and Locksbrook Road. My first visit was to the University’s School of Art and Design to view their facilities and talk about relationships with my own University’s School of Communication and Creative Industries. From here I travelled to the Newton Park campus, just outside the CBD of Bath. Awe-inspiring is how I would describe this campus. Set on a parkland estate, Bath Spa University has everything you would expect from a modern university, as well as a castle and a lake. And all this just 4 miles from Bath. I met with the Vice-Chancellor and then with program leaders to discuss opportunities for our two institutions. Again, an incredibly productive time at one of the most beautiful and historic university locations I had ever visited.

A late afternoon train back to London and my work was over. We had Saturday to relax and prepare for our return to Australia. Our last Friday evening in London, a pint of bitter at the Sawyers Arms and outstanding Italian at San Marco Ristorante and Pizzeria then home to pack. It had been a great journey, combining attendance at a major advertising industry event in London with business visits to Winchester, Bournemouth University and Bath Spa University – with a little sightseeing on the side. 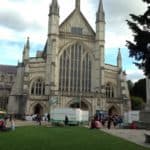 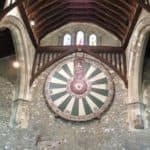 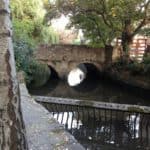 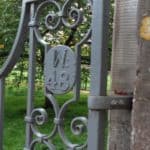 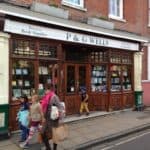 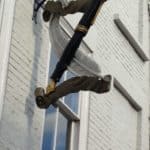 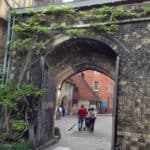 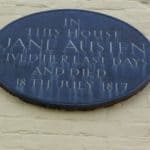 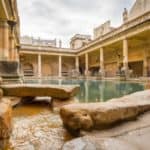 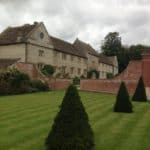