A Bedford Campervan, map of Europe, 5000 kilometres and three months on the road.

Having arrived from Australia in early March and organised our camper van in London, we crossed the English Channel to the Continent from Ramsgate in Southern England, our plan being to drive south through France to the port city of Marseille on the Cote d’Azur in Provence in southern France. From here, we would head east towards the French Rivera and into northern Italy, driving down through Italy to Rome. From Rome, north through Florence to Venice and then to northern Italy, Lake Como and into Switzerland to Interlaken. From here we would drive through the Swiss Alps into the small principality of Lichtenstein, then into Austria and to Salzburg.  Crossing the border we would travel through Germany to the Netherlands (Holland) to Amsterdam. The final European country on our grand tour would be Belgium where we would catch the ferry from Ostend back across the English Channel to Dover and then finally, to London. In all, about three months on the road through nine countries, dozens of historic European cities, hundreds of beautiful European villages and towns, some of the most picturesque countryside in the world, then back to London. In all, travelling over 5000 kilometres. Our ‘Grand Tour’ of Europe.

Our first overnight stop in France was Boulogne. On the coast it was still mighty cold and so early in the tourist season that there were very few motorhomes and campervans on the road. Not surprisingly, the campground Boulogne-sur-Mer (Boulogne by the sea) was largely deserted so we had our choice of pitches (sites) and a somewhat lonely first night in the van. A good opportunity to try everything out.

Next stop, Paris. Or rather, the outskirts of Paris. The Paris streets are no place for an inexperienced Australian to be driving a right-hand drive vehicle! We chose a camping ground in Champigny-sur-Marne, about four kilometres from Paris. This is a great base to explore Paris, with buses taking us to the centre of the French capital. We’d spent some time in Paris during our first trip to Europe in 1973, so we didn’t spend too long this time. From Paris, through Chartres to arguably the most famous motor racing city in the world, Le Mans. I have always loved car racing. At home, the Bathurst 500 was the motor racing event we sat glued to on television every October. Now, here we were in Le Mans. This is a beautiful city located on the River Sarthe. It is home to a number of historic buildings, including the Catholic Le Mans Cathedral and Cite Plantagenet, and the old quarter of the city framed by the Gallo-Roman walls. Dinah and I spend hours exploring the cathedral and other great buildings. The city is also home to the 24 hours of Le Mans. What a thrill to drive the Bedford on sections of this amazing racing circuit that are open to the public.

The Cote d’ Azur and the French Riviera

Leaving Le Mans, we headed south through Tours, Limoges, Ferrand, St Flour, Nimes, and Avignon to Marseille on the Cote d’ Azur and the French Riviera. Along the way, we marvelled at just how beautiful central and southern France was, and just how good the fresh bread and cheese we bought from the little villages we passed through, really was!

Being an old city, many of the Marseille’s streets are extremely narrow, as we discovered when the rear-vision mirrors of the Bedford got wedged in one particularly narrow lane. We had to back out and find an alternate route. Marseille is an exuberantly multicultural port city and is the second largest city in France. A truly exciting place to explore. We spent three days here before heading south west to the futuristic resort ‘commune’ of La Grande Motte. We’d been advised that we must visit La Grande Motte. Built in the 1960’s and 70’s, this seaside resort is characterized by its homogenous architecture. We were amazed by the design of the buildings, many pyramidal in form. We’d never seen anything like it. Retracing our route back through Marseille we drove to the French Riviera to the cliff-top resort village of Saint Tropez, home to notable resident and movie star Bridget Bardot, famous for her infamous topless bathing.

The coastline here is spectacular. Rugged cliffs, secluded beaches and the most unbelievable villas built out into the sea. We checked out a shopping centre ‘Little Venice’ the on to look around St Maxine, which is actually much nicer than St. Tropez. From her, on to Cannes and the location of the world-famous film festival where we stayed for a few days, using this as a base to explore the area. We met a Canadian couple, Ian and Bonny who were also travelling round Europe in a campervan and agreed to ream up, at least to Rome. Nice to have company on the road. We drove up to Grasse and toured the perfume factory. Much of the world’s best perfume is made right here.

From here on to Nice. Nice was nice! Very Mediterranean with beautiful beaches. The weather was starting to get warmer – almost time for a swim. We spent a day and a night here, leaving the following morning for Monte Carlo. Nothing quite prepares you for the opulence of this place. There would not have been a yacht under 100 feet tied up at the marina. You get the feeling that there is money here – lots of money. Our jeans and t-shirts didn’t quite cut it for entry into the famous Casino Royale! Next time. That night the four of us slept in an Autobarn parking bay.

Next morning, we crossed the border into Italy. Our first stop was Pisa. Yes, the tower does lean. We climbed to the top. There was no safety rail and it certainly is on a lean. Really, there is nothing else at Pisa but the tower and hundreds of tourists. Back onto the Autobarn, we camped the night at a wayside petrol station. We bought 5 litres of chianti at the station (go figure!) and Ian and Bonny joined us in our van for a drink. Then bed.

We drove the final 40 kilometres into Rome and immediately got lost. We’d been advised that the best camping ground in Rome was the Seven Hills. It was owned by two brothers who had spent most of their lives in Australia. Not surprisingly then, the camp ground was full of Australians. This was a really great place, with its own restaurant, even a disco. A short bus trip and we were in the centre of Rome. We pinched ourselves, then pinched ourselves again. Yes, we really were standing outside one of the greatest buildings of all time – the Colosseum. Nothing prepares you for this spectacle.  To see this place in real life is absolutely amazing. And to think of what occurred within its walls, is daunting. The Basilica of Santa Maria, Maggiore, Basilica of Mass Engro, the Arch of Constellation, Somme Aura, Allace Della Patria, the Roman Forum, Foro de Cesare, the Trevi Fountain. What a day!

The next day the four of us decided to walk the Appian Way from Rome to the Tomb of San Sebastian in the Basilica over the catacombs, the Roman temple, Tomb of Cara Metella (Where Ben Hur had been filmed) then on to where Spartacus was buried. A round trip of about 15 kilometres. Quite a walk. The next day, sore legs, but we still managed to spend five hours in the Vatican, in the Basilica of St Peter the Museum and the Sistine Chapel. Amazing. Up by 7.45 and on the road by 9.15, we farewelled Rome as we headed up the Autobarn to Florence. A mix-up with our directions meant that we actually missed Florence, passing through Bologna and finally to Venice and Camp Fusina which, like the Seven Hills camping ground in Rome, was English-speaking.

We woke to an overcast day and by 10.00am we were in Venice. We went in one van as parking is difficult and expensive. No vehicles are permitted on the streets of Venice which is understandable as the widest street is about 1 lane wide, narrowing down so that you can’t even open an umbrella! Venice is a tourist mecca and an amazing place for sightseeing. We spent the day visiting Ducal palace, the Friary of San Rocco, St marks Square, Belfry Tower at St marks Bascilica, La Rezzonsca, Car d’Oro and the Evangelist Chursch of San Giovanni. We also say lots of gondolas parked but bone were being used due to the heavy rain. Memories of Venice…it was wet under-foot and under-city! The next day we met lots of Australian in our camp ground. Most were bogged after the heavy rain and waiting for the place to dry out. We drove into Mira and bought gum boots. Problem solved! Then onto San Felice on Lake di Garde where we spent a very pleasant night on the banks of the lake.

The Alps and on to Switzerland

We left Lake di Garde about 10.00, calling in at Desangantoata supermarket, which turned out to be wholesale only, so into Brescia to stock up on cheap Italian food before heading on to Switzerland. We travelled up through the valleys below the Alps and through Monza, famous for Formula 1 car racing. Then on to Como and the southern end of Lake Como. Como is absolutely beautiful and similar to Queenstown in New Zealand. The towns around Lake Maggiore are very touristy, more so around the lakes than on the Italian Riviera. On to Baveno at the base of the Alps overlooking the lake. Not too expensive and we actually went to the bar that evening and watched a dubbed episode of the Naked City on TV. Not too cold at night and we actually got sunburnt driving today. This is our last day in Italy. Bring on the second half of our grand tour! 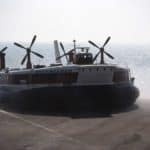 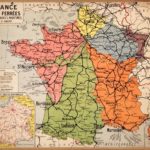 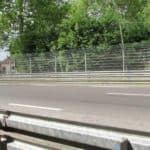 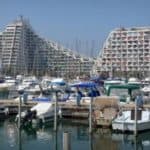 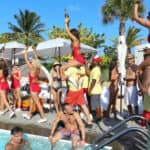 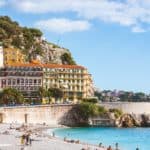 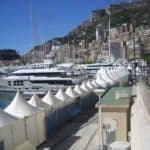 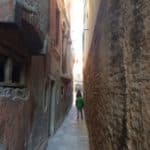 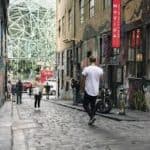 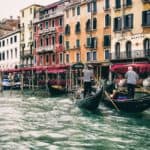 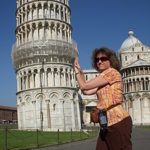 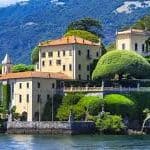 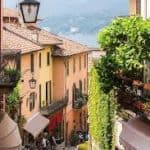