Every Picture Tells A Story

The story of Hill End is captured on canvas and etched into the streetscape.

Two kids playing backyard cricket against the wall of a building. What could be more Australian than this?

The painting ‘The Cricketers’ by Australian artist Russell Drysdale is described by the National Gallery of Australia as “one of the most original and haunting images in all Australian art”. It is one of this country’s most iconic and enduring images of country life and considered by some to be possibly the most famous Australian painting of the 20th century. It was painted against the backdrop of an 187os Australian goldfields hotel in 1948 during one of Russell Drysdale’s many visits to the goldfields town of Hill End on the Central Tablelands of New South Wales.

Hill End is one of Australia’s few remaining 19th century gold towns. Once the home to over 30,000 prospectors, businessmen and wine merchants, this remote goldfields town today has a population of just 104. A far cry from the heady days of the 1850’s, 60’s and 70’s when tens of thousands of men and women swarmed to the gold fields of Hill End and nearby Tambaroora to strike it rich and make their fortune. Today, their lives and the history of this amazing place are immortalised on canvas in paintings and sketches by many of Australia’s most famous artists, as well as on a priceless collection of 19th century photographic plates that have been used to recreate the life and times of Hill End during its brief and illustrious hay-days.

Hill End is a fascinating place to visit for many reasons. Firstly, it is one of the few well-preserved gold towns in Australia. You can walk the streets of Hill End past buildings erected during the gold rush days in stone and wattle and daub and ‘feel’ the spirit of the miners and their families who toiled day-in, day-out in the hope of making their fortune. It is also the site of the discovery of the largest single mass of gold ever unearthed in Australia. At 2.00 am on the 19thOctober 1872 at Hawkins Hill, what became known as the Beyer’s and Holtermann Specimen was discovered. With its estimated 3000 ounces of gold, this mass of ore secured Hill End’s place in history for perpetuity. Hill End provides us with an insight into the history of early Australia and the wealth-creation of this nation and is immortalised on canvas by many of Australian most famous artists including Russell Drysdale, Donald Friend, Margaret Olley, Brett Whiteley and John Olsen.

Drive into Hill End and park outside the Royal Hotel on Beyers Avenue. Look up at the hotel’s sign – 1872. The Royal Hotel is the only surviving hotel in Hill End. Where once there were 51 registered hotels in the area, with 28 in the Hill End township alone, today the Royal has local and visitor patronage all to itself. Walk into the bar and grab a stool. It is the same bar that served thirsty goldminers nearly 150 years ago. Enjoy a cool drink before you set off on your walking tour of this historic settlement, for it can get very hot in summer here – and freezing cold in winter.

Leave the hotel, turn left and walk to the end of the building. Step back and look up. This is the very same wall that Russell Drysdale immortalised in his painting ‘The Cricketers’, though it does look a little different in real life.

The absolute best way to see Hill End is to walk it. It’s an easy and enjoyable walk and in the main, it is flat. One of the most amazing aspects of Hill End is that many of the town’s main buildings have survived. While the more temporary structures, shops and houses were dismantled and loaded onto drays to move to the next goldfield as the gold petered out in Hill End, many of the town’s substantial stone, brick and timber buildings remain and have been restored to their original condition. Indeed, a number of these buildings now house tourist enterprises such as shops, cafes and B&Bs. As you walk the streets, you’ll see vacant blocks amongst the remaining structures. You’ll also see photographs etched onto metal plates affixed to posts in front of every building and vacant lot. These images are from the Holtermann Collection, a photographic essay of Hill End taken by Beaufoy Merlin and Charles Bayliss and financed by Baerhardt Otto Holtermann. They were discovered in a garden shed in Sydney in 1951 and comprise 3500 wet-plate glass photographic negatives documenting goldfields towns in the region, including Hill End. These photographs are one of the most unique aspects of Hill End as they serve to provide a pictorial history of a thriving Australian country town in the 1870s as it was gripped by gold fever.

Starting at the Royal Hotel walk past the War Memorial down Beyers Avenue past quaint two storey Church Street then Thomas Street and then right again into Denison Street. Once there was a mile of shops and businesses here, financed by the seemingly endless veins of gold in the many mines that dotted the area. Hard to believe as you walk the deserted streets.

There are just so many things and places to see here. History Hill on the Hill End-Sofala Road has over 10,000 goldfields artefacts on display and you can even tour an underground mine. Marlins Lookout on Warrys Road provides an excellent view out over Hill End and a great visual perspective of just how expansive this town was. Similarly, the Bald Hill Lookout provides stunning district views over the town and surrounding country, including the area known as the Bridle Track. Just 5 kilometres out of Hill End on the Mudgee Road you can visit and explore Valentines Mine with its old mining machinery and slag heaps. You can also visit the nearby Cornish Roasting Pits used to extract the gold from the ore. Not all gold was accessed by vertical shafts. The area known as Golden Gully, named because of the ochre colour of the soil, is a spectacular example of how miners, mainly Chinese, tunnelled into the sides of dry river beds in search of gold. This was a particularly dangerous method of mining as often the soft soil that formed the banks of the gully would collapse on them, burying them until they could be pulled to safety (or not) by their colleagues. The walk along Golden Gully is stunning, with the ochre colours of the soil spectacular in the sunlight. Golden Gully is on the Hill End-Mudgee Road at Tambaroora, about 5 kilometres from the Hill End township.

If you are up for it, how about a Ghost Tour of spooky Craigmoor House, a residence noted for its many ghost sightings and paranormal activity. The tour is interactive, with all the usual ghost hunting equipment. It’s a fun way to experience a true ghost town and communicate with the spirits of Hill End’s past.

Hill End is classified as an Historic Site and is managed by the National Parks and Wildlife Service of the New South Wales Government. Their Headquarters and Visitor Centre is located in the old Hill End Hospital, now a museum on the left just as you enter Hill End on the Hill End-Sofala Road. This is a really great place to finish your tour of Hill End. The museum contains artefacts and pictures of Hill End in the 19th century, as well as a somewhat daunting collection of hospital equipment from that era. Viewing this paraphernalia, it plain to see that it didn’t pay to get sick! There is also a gift shop selling a range of souvenirs of the Hill End site. One of our favourites is a fantastic photographic poster, a black and white depiction of Hill End in all its glory showing the legendary mile of shops.

Getting to and staying in Hill End

The Royal Hotel offers accommodation, including family rooms and it is a great place to stay if you want to really immerse yourself in the spirit of this historic town. Set on 3 acres of lush grounds, the hotel offers a tranquil beer garden as well as a restaurant providing lunches and dinners. You can contact the Royal Hotel on: (02) 6337 8261 or check it out at: www.visitnsw.com/hill-end

There are three camping grounds in Hill End. The first, the Village Campground offers convenient camping right in the centre of Hill End, with facilities that include amenities blocks, barbeques, drinking water, showers, toilets and electric power for tents and caravans on selected sites. Enquire through National Parks and Wildlife Service at: www.nationalparks.nsw.gov.au

Glendora Campground is the second camping ground close to the centre of Hill End on Anderson Road. It too has modern facilities and is ideal for large groups. Again, enquire through National Parks and Wildlife Service at: www.nationalparks.nsw.gov.au

The third campground is Turon Crossing Reserve. Located on the Bridle Track there are 2 campsites in the reserve; 7.3 and 8.2 kilometres south of Hill End. We’ve driven the Bridle Track and would suggest that this really is 4WD territory. More information at: www.exploreaustralia.net.au

Dinah and I have a strong personal connection with Hill End. In the late 1990s we purchased a 100-acre property called ‘Old Bargong’ in Green Valley, about 15 kilometres from Hill End on the Hill End-Mudgee Road. On it, a wattle and daub and slab timber house which in the 1870s been the Royal Oak Hotel – proprietor, Susan Toohey, now a familiar name in Australian brewing. The house had also been used as a staging station for the horse-drawn Cobb & Co coaches travelling from the goldfields of Hargraves to Hill End and on to Bathurst. We lived in Sydney at the time and travelled up every second weekend. We loved this property and spent a number of years restoring it. This was the place where our 3 boys discovered their love of the country, a love they still have today. We got to know Hill End and its residents very well and even though we no longer have ‘Old Bargong’, we still really enjoy our visits to Hill End.

If you are planning to visit the Central Tablelands of New South Wales; be it driving, caravanning or camping, make sure you make time to visit Hill End, one of Australia’s most historic and fascinating towns.

Summers are hot and winters are cold at Hill End. It even snows here. So, make sure that you pack appropriate clothes.

Check ahead to secure accommodation. Peak holiday periods, including long weekends do get very busy.

Main picture: ‘The Cricketers’ by Russell Drysdale captures the spirit of a long-past Hill End 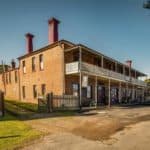 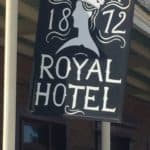 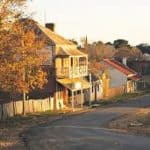 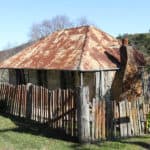 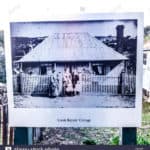 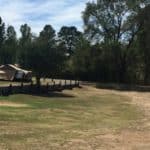 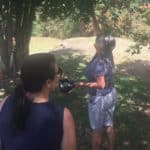 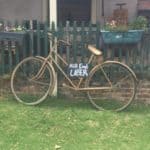 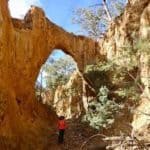 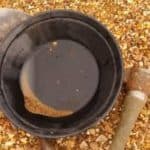 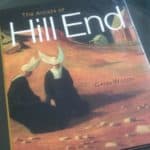